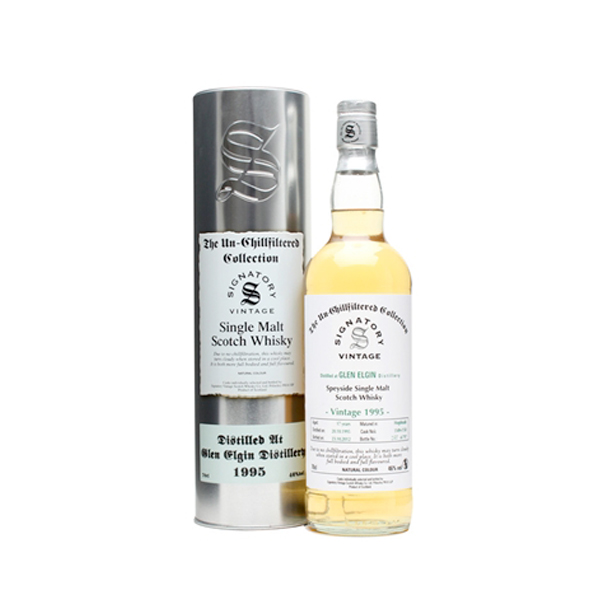 Glen Elgin is an unusually distinctive Speyside single malt from a little-known traditional distillery, that finds its home 10 miles south of where the river Lossie exits to the sea and about 40 miles east of Inverness.  Founded at the end of the whisky boom in 1898, it was built and designed by the notable distillery architect Charles Doig of Elgin. Today, as the summer house martins swoop among the worm tubs at the distillery on the edge of the Royal Burgh of Elgin, little seems to have changed in over a hundred years.

TASTE: Lime and nutty behind. Alcohol presence. Apricot and apples. Peppery late on. Toffee sweet. Water brings out more toffee and apples, and not much is needed to dim fire. More toffee and chocolate with more water.