What is an Independent Bottler? 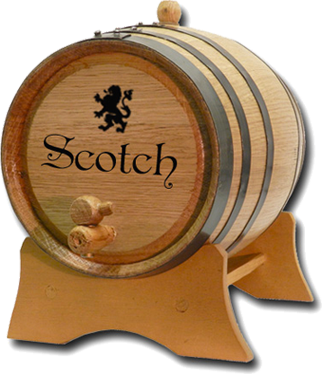 here are about 120 distilleries producing single malt whisky in Scotland. Of these 120, there are 40 to 50 that market their malts under their own labels. These malts are known as “Distillery Releases” or “Official Bottling’s.” Familiar brands include Glenlivet, Glen Grant, Lagavulin, Oban, Macallan, etc.

The other 70 to 80 distilleries produce single malt Scotch whisky not for consumers, but for the companies marketing “blended scotch whisky,” such as Dewars1 J &: B, Cutty Shark, etc. Blended Scotch whisky is produced using a blend of 20 to 40 different types of single malts and inexpensive grain whisky; each blender has his own formula. Thus Dewar’s tastes different than J &: B, and so on. Demand for these particular blends requires that the distilleries deliver consistent blends year after year. The need for consistency drove the blenders to guarantee their supply of malts by acquiring the individual distilleries.

In some instances there are surplus casks from both independent and blender distilleries. Signatory, as an independent bottler, is able to source a few casks of these malts, bottle them under the Signatory Label, and then offer these single malts that are otherwise found only in blends, to consumers. We select the best of the surplus parcels, allowing us to source exceptional whisky’s that demonstrate the unique character of each distillery. 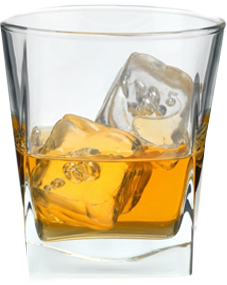 WHAT IS SINGLE MALT? It is the product of one single distillery, made using one grain (malted barley) and distilled only in Scotland.

HOW IS SINGLE MALT PRODUCED? It begins by soaking barley in water to start germination, usually about 9 days; afterwards, milled malted barley is cooked about eight hours to release sugars. The liquid that is drained off is called the “wort.”It is pumped into the “wash back,” yeast is added and fermentation will be completed in two to three days.

WHAT ABOUT DISTILLATION? Single malts are distilled in “pot stills,” which are round copper kettles with a condensing stack. Most malt’s are often distilled two to three times.

HOW ARE MALTS AGED? Single malts are aged in wood casks. Most casks are used for several fills. Wood is absorbed, enhancing the flavor. The three types of casks used to age single malts are a “Hogs Head,” which holds about 250 liters, a “Sherry Butt,” holding about 500 liters and the “American Bourbon Barrel,” topping off at around 180 liters.

How Does Location Influence Scotch?

HIGHLANDS: It is difficult to generalize a profile of style because of the vast area, but highlands tend to be more full-bodied and flavored with less peat and more malt taste.

LOWLANDS: This area is in the south on the English Border. The style is lighter, fruitier and dryer.

ISLAY: The Islay is famous for its peaty, salty, iodine-like style.

ISLAND: Again, because of the vast region, it is difficult to generalize. Because of the proximity to the ocean, they tend to have a “salt sea air” taste accented by peat.

CAMPBELTOWN: These few malts are slightly peated and smokier than the flavors of the Highlands.

SPEYSIDE:  Once considered part of the Highlands, is known for producing sweet whiskies, with mellow notes and fruity flavors.

How Does Age Affect Scotch?

Malts must legally mature three years in the cask. They begin to develop their complexity at 5-6 years, but do not reach peak maturity until 12- 15 years. Casks gradually lose volume during the aging process, typically 5% the first year and 2% each year after. The evaporated whisky is often referred to as “the angels share.” The older the whisky, the more expensive it becomes because of the volume lost.

We bottle one cask at a time, capitalizing on the unique color and flavor characteristics of each individual cask.  Commercial distilleries bottle several casks at one time.  To ensure each batch is the same color as the next, they at times add caramel coloring.  That’s something we never do. When it comes to flavor, most big name Scotches use a chill filtering process.  This removes the majority of fats and oils naturally found in the malt that contribute to unique flavor and create a bit of haze in the liquid.  Large distilleries use chill filtering to remove this cloudiness and ensure consistent flavors in their blends.  Signatory, on the other hand, seeks to enhance each cask’s natural flavor and body with our un-chillfiltering process.  What consumers are left with is Scotch straight from the cask – as real and natural as it gets!