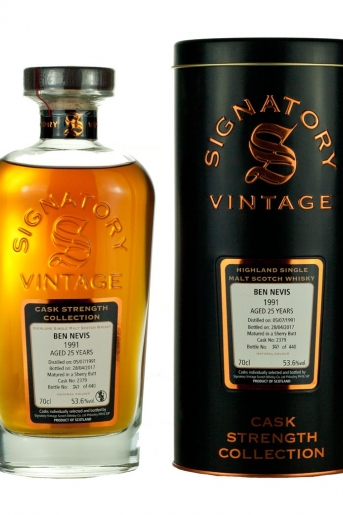 Ben Nevis sits just at the base of its namesake, Scotland’s highest mountain. A coastal distillery in the Western Highlands, Ben Nevis draws its water from the Allt a’Mhuilinn which originates from two pools, Coire Leis and Coire na’Ciste, which are both sited a good way up the mountain. The distillery was founded in 1825, by the gloriously named ‘Long John’ MacDonald, for whom the renowned Long John blended Scotch was named. After Long John’s death in 1856, ownership was passed down to Donald McDonald, his son.