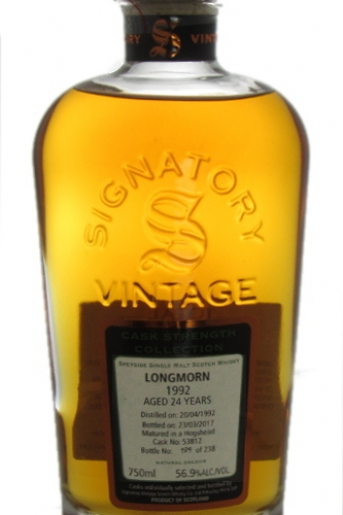 A missionary named Maernanaog, or Mo-ernin-og, had brought Christianity to the Picts of Moray during the 7th Century. A church was built just outside of Elgin, following his death in 625AD and named Lann Marnoch, the Church of St Marnoch. Over the course of time, the name ‘Lann Marnoch’ gradually became Anglicised and eventually the area was known as Longmorn. Construction began on a distillery on the site in 1893 under John Duff and Company, founders of Glenlossie in 1876.

NOSE: Fresh and fruity, with notes of red grape, kumquat, juicy barley and a hint of waxy oak