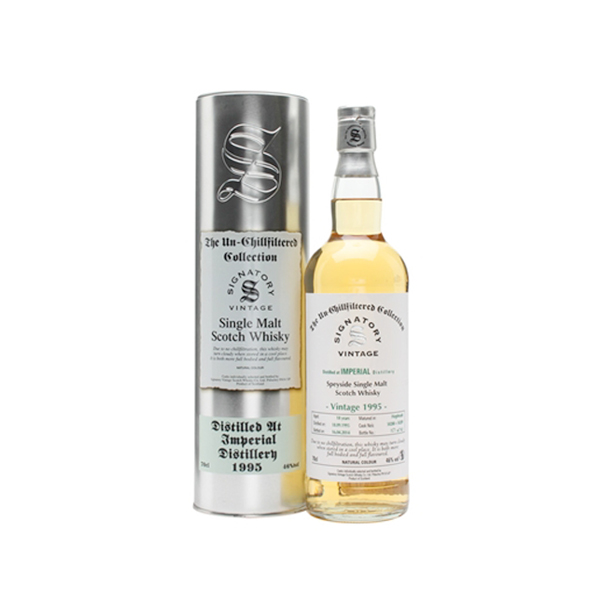 The Imperial Distillery was a producer of single malt Scotch whisky located in Carron, Speyside operating sporadically between 1897 and 1998. The distillery was demolished in 2013.  Throughout its lifetime the production of Imperial was almost exclusively used for blends, notably Teacher’s, Old Smuggler, Long John and Ballantine’s.

TASTE: Fruity palate, with all kinds of cereal sweetness. A little malt, liquorice and hints of gingernut biscuits.