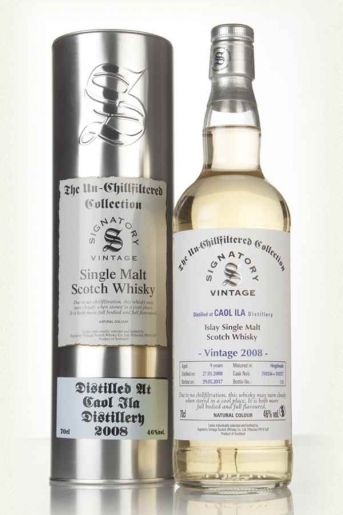 Caol Ila was founded to the North of Islay in 1846 by Hector Henderson. The whisky distillery was sold to Norman Buchanan in 1852 and then, following hardship, to the Glasgow based blenders Bulloch, Lade and Co. Following liquidation, Distillers Company Ltd acquired Caol Ila and the distillery was transferred to Scottish Malt Distillers. Caol Ila, whose name derives from the Gaelic for ‘Sound of Islay’, has been included in the Diageo Classic Malts range as well as a Moscatel-finished Distillers Edition

NOSE: Peppery crackers and bonfires on the beach. A hint of peanut butter on toast